A downloadable Kunoi for Windows

Hey everyone! I hope you have been surviving 2020, (sure has been a rough one!)
Thank you so much for stopping by the Kunoi page and hopefully playing! I have been working on a brand new game called DASHER T! A very fast, very dashy game with some Hollow Knight influence, among others. After giving Kunoi a try, head over to the 7osix Patreon! It starts out at just one dollar!  A lot of the perks for little the money! Please spread the word! 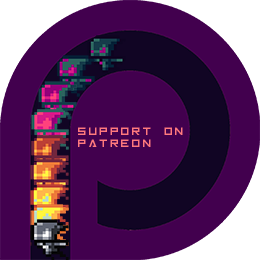 And as always, thank you so much everyone!
- Jay 7osix

Kunoi has finally been released! November 24th 2015!
Now you can face off against Omoyami and his clan,
collect all the Enda swords, and rescue Master Yuka!

11//21//2015 - OST AVAILABLE:
Kunoi's OST has been released! For some catchy tunes go HERE to purchase a copy today! This will include all the music from the game, remixes, and unused tracks! 13 tracks for only $4.99!
Go download your copy today!

"Kunoi is a game that brings back floods of memories from my childhood; the aesthetics, the soundtrack and the game play all remind me of being that seven year old kid sitting in his dining room on the NES, running through Super Mario Bros. and immersing myself in its charm. I've played the demo and it feels and looks very much like those old Nintendo games; the screenshots of the game are looking like they are taken straight from the golden age of gaming and I for one am looking forward to the finished project."

"Endless running games are quite the "thing" in the mobile world. For the most part, they have not really taken off on computers, where the first person shooter (FPS) is king. Kunoi isn't looking to attempt to change that, though there are some running game elements here they are not front and center. No, front and center is the graphics and sounds that scream early 90's Sega Genesis. Kunoi doesn't skimp on the action and challenge, you won't be "one lifting" this one."

In order to download this Kunoi you must purchase it at or above the minimum price of $1 USD. You will get access to the following files:

Wanted to buy the game, but sadly there's no Card option, only the PayPal one((

Will the Visa/MasterCard will become an option?

Im surprised there isn’t an option for a card! Sorry about that!

what game engine do you use to make the games?

Whoa great run!!! Thank you so much for capturing a video! You play it much better than I do! haha! Can I share this on the 7osix website? Thanks again! -Jay

This game reminds me of Kid Tripp

He is in the final shot with a few extra folks at the end of the game.

I think you should let the player stick to the floor on slopes, because right now you fall down and are unable to jump. I could not play for longer than 2 minutes because it was just too frustrating to keep falling into that pit after the downards slope in the first stage.

Looks like a fun game otherwise, so it's a bit of a shame!

Thanks for your comment! Yeah I agree with you, I went with a pixel perfect mindset, which clearly doesn't work for this type of game.

Looks cool...will it come to Mobile?

Thank you so much! That is the goal, but I don't have a date set for that just yet. As of now, working on getting Kunoi to Mac users and then mobile. 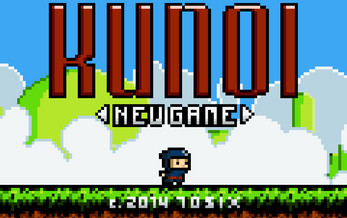 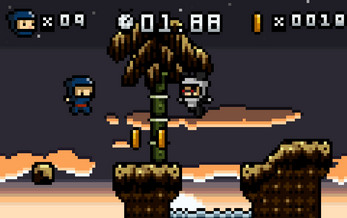 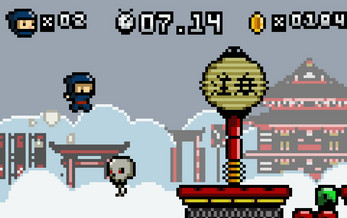 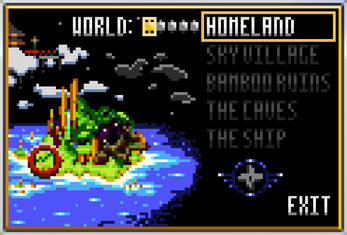 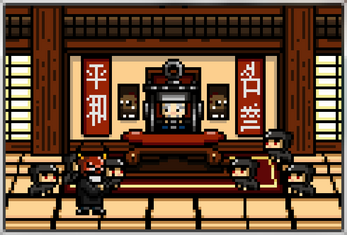 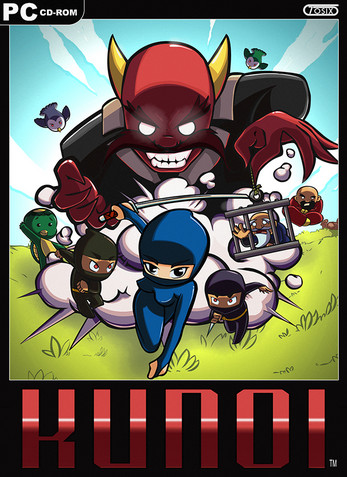